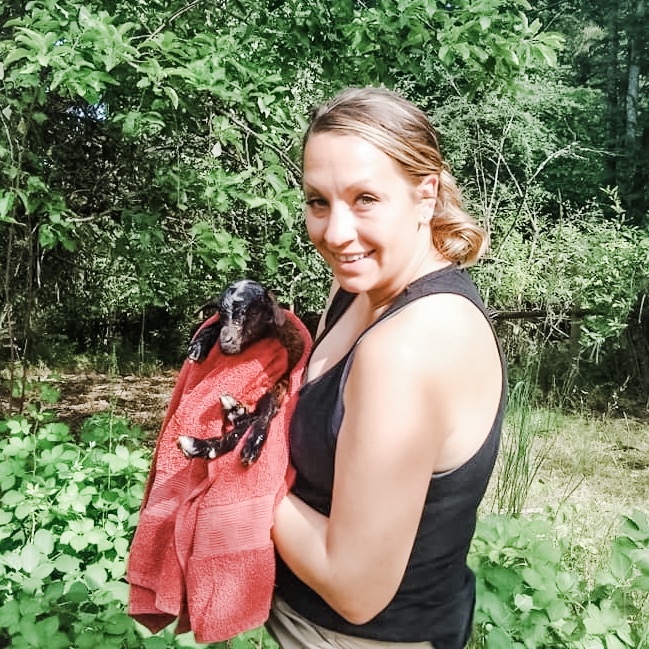 So, THAT was unexpected.

Yesterday, as Jeff, Kim, and their kids (no pun intended), who live on the property at Cairns Farm, settled into their hammocks to enjoy a quiet Father’s Day afternoon in the Oregon summer, one of the goats made an unsettling goat noise. A “something isn’t normal” goat noise. A “HELLO? HELLOOO. SOMEONE SHOULD RUSH TO CHECK ON ME” kind of noise. Goats aren’t known for their chill as a general rule, and Penny, the eldest of the bunch and a cast-off from a goat farm for her inability to produce offspring, is the least chill of the chill-less herd.

Turns out, though, we shall not be criticizing Penny this time for losing her poo. (Literally. No judgement, though. Childbirth causes some disconcerting side effects.) Because THIS time, Penny was making a world wide announcement. She was shouting with joy. And she was instructing Jeff and Kim to come cut her out of the blackberries where she’d retreated to give birth and to… you know… assist her kid in learning to breathe.

Which Midwife Kim did.

And which is why we get to announce to you the successful birth of our latest herd member, Amy Farrah Fowler.

Mother and Daughter are both doing well.

Penny is proving to be an attentive and protective mama.

Amy Farrah Fowler is alert and happy; eating, sleeping, and pooping as needed, which is really all one can reasonably ask of any newborn.

Sheldon, Leonard, Howard, Raj, and Stewart are eagerly taking turns at the nursery window (stall gate), hollering their support and BEGGING the girls to come outside and play.

And, well, that’s the story of how we learned Penny isn’t sterile, after all.